A pirate spies menacingly from the crow’s nest of a nearby Brigantine. Jousting knights prepare for battle in the courtyard of a medieval castle. A farmer feeds his pigs in the barnyard of his early 1900’s farmstead.

No, it’s not a Hollywood back lot. It’s Toy Town Junction. It’s where we bring out the kid in everyone. And it all began with one boy, a single train, and two amazing parents.

In 1941, five-year-old Richard Worden received his first toy train. With the country just emerging from the Great Depression, his parents sacrificed to purchase the Marx Copper electric train from the Montgomery Ward Christmas catalog. Because that’s what parents do. 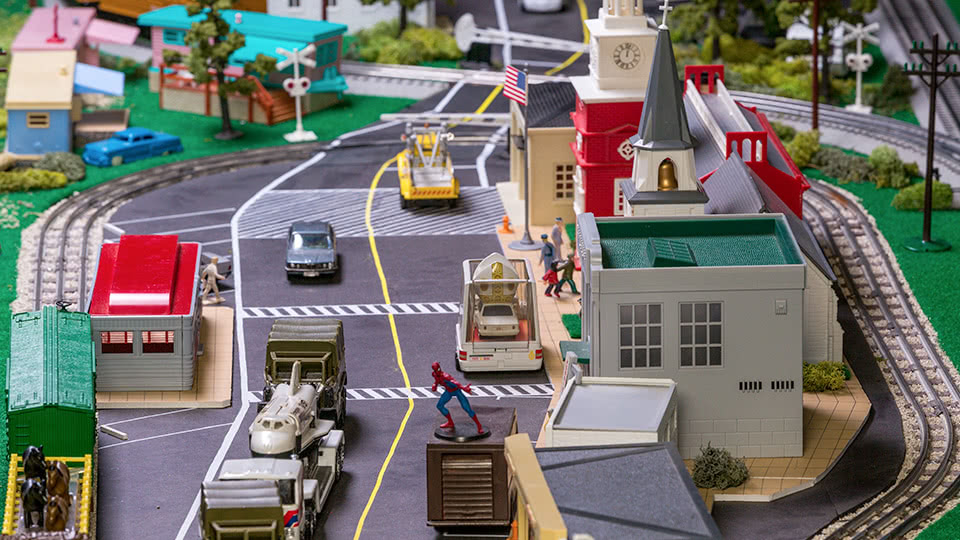 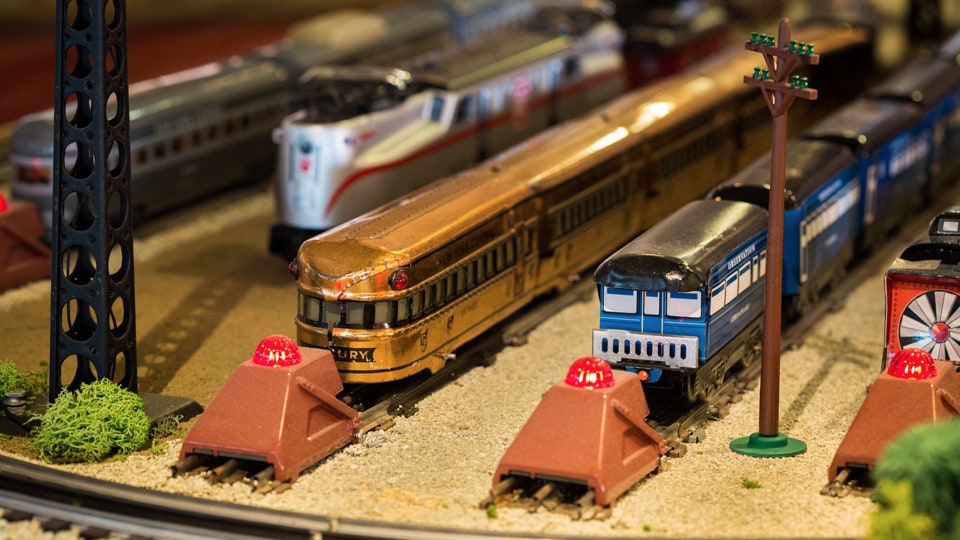 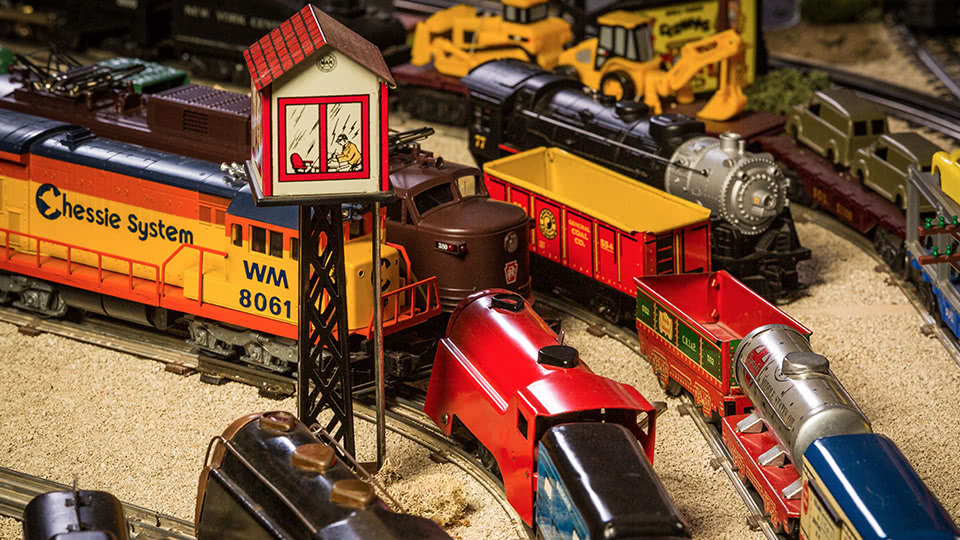 Dr. Richard Worden (the once five-year-old, now retired Methodist minister) built up a massive train and toy collection – all inspired by that very first train. He arranged for Luray Caverns to exhibit the collection simply because he wanted to share the immense joy these toys have given him over the years.

Please be our guest and visit our new Toy Town Junction.